United States Court of Appeals for the Third and Federal Circuits. 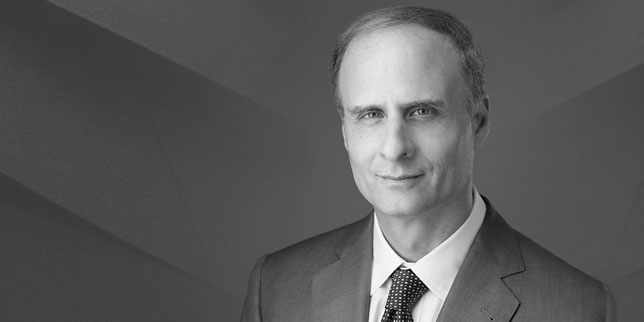 Mark Farber is the founder of Farber LLC, a law practice focused on helping innovation driven clients achieve their goals by supporting them with strategic legal services. The practice currently focuses on providing outside general counsel services, intellectual property support and litigation management.

For over a quarter of a century, Mr. Farber has been providing counsel to clients in the life science industry on intellectual property, litigation and general legal matters. He has experience as both an in-house general counsel at large companies as well as in private practice supporting smaller high growth companies.

Prior to forming Farber LLC Mr. Farber was the Vice President and General Counsel for the Surgical Devices business unit of Covidien, where he was responsible for its global legal affairs and was a member of the executive leadership team. He has had other Fortune 500 experience as Chief Patent Counsel for Covidien and as an in-house counsel for United States Surgical Corporation and the General Electric Company.

In private practice, Mr. Farber helped a variety of life science clients with the development, protection and monetization of intellectual property assets. Additionally, he provided counsel on a wide range of legal matters including the raise of financing in the private and public markets.

Mr. Farber received his J.D. from Temple University School of Law and his Bachelors of Arts degree from the University of Pennsylvania. He served as a Board Member of the Intellectual Property Owners Association and a member of the Association of Corporate Patent Counsel (ACPC).

He is admitted to practice in Connecticut, Pennsylvania, the District of Columbia, the Third Circuit Court of Appeals, the Court of Appeals for the Federal Circuit, and the United States Patent and Trademark Office.

Responsible for the strategic management of teams that obtained the following:

• A defendant’s jury verdict of non-infringement and Federal Circuit affirmance, for U.S. Surgical, thereby eliminating up to $400 million in potential exposure and injunction risk. Prior to Mark’s involvement, U.S. Surgical had twice previously been found to willfully infringe the same patent.

• A dismissal of all claims, with prejudice in a patent inventorship litigation brought against three issued medical device patents

• Dismissal of a Qui Tam Complaint